Awesome DC-based deliciousness alert! I first ran across Nomad Dumplings during a record fair at Right Proper Brewing in Brookland – they were so good that I got two orders! Handmade with whole foods, Nomad’s line of precooked dumplings can be steamed, pan-fried, or even microwaved. Even better? Two of the flavors, Hunan Hottie and Xi’an Warrior, are vegan! My personal favorite is the Hunan Hottie (I’m partial to the spiciness), but the Xi’an Warrior is a close second. I picked these up at Old City Market just off of H Street, but I hear they’re expanding into Whole Foods, so I’d expect to start seeing them all over. You can check the website for more locations. 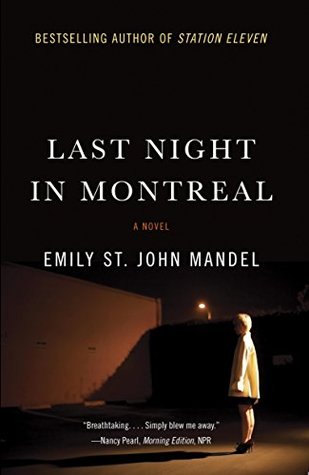 Emily St. John Mandel is also the author of Station Eleven, which was so good I wanted to make everyone read it just so I could talk to people about it without spoiling anything. I’ve been meaning to read more of her work ever since.

Last Night in Montreal is a short novel with a mysterious woman who can’t stop running and dead languages that describe the indescribable. Honestly… I’m nerding out over the language stuff, mostly, so that might need to factor into my next to-read 🙂 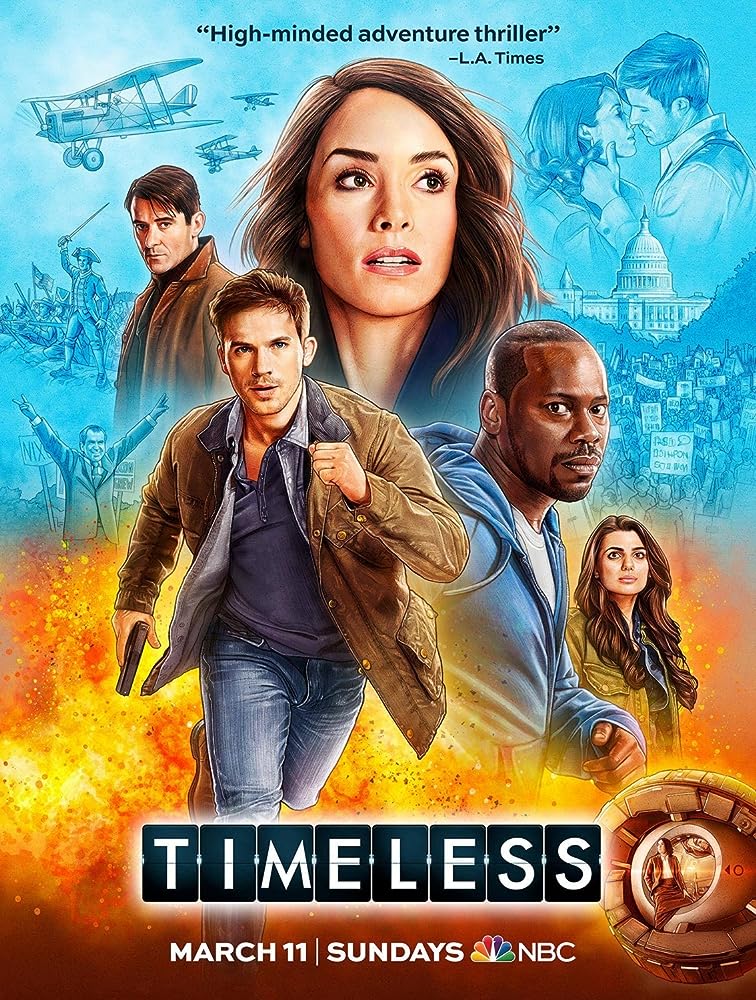 Ugh why did I get on this train so late?! History AND science fiction? Questions of fate, destiny, and free will? Kick-ass female characters? NBC WHY DID YOU CANCEL THIS?

This is one of THE best, most motivating, vegan podcasts I’ve listened to (and I’ve been listening to A LOT). Sometimes my vegan transition has felt a little… overwhelming. Hearing that “progress over perfection” is ok, and learning about the varying stories that brought people to veganism (her guests are awesome!), is so inspiring.

A few months back I wrote a post about how I would not be doing another Whole30. While I learned a lot of great things (sugar is lurking everywhere y’all!!), it was too much meat for me, and post-holiday season I was pretty much eating a vegetarian diet.

I’ve stuck to a vegetarian diet ever since.

This is both a big reversal (I’d tried a lot of paleo recipes last year!) and then again, not so surprising (I went vegetarian in high school, but returned to eating meat in college. I wish it had been easier to be vegetarian in the Midwest back then). After 6+ months, I’d say this change is for life. Meat has never been a big craving for me, but I was still kind of surprised how easy it was to just… go cold turkey (too easy, I know!). I had been vegetarian for periods of my life and I often chose the meatless options, so I guess it was easier for me.

Because it was so easy, however, I started to get curious about a vegan diet. I knew from my Paleo days that dairy didn’t agree with me, as much as I loved it, so from a health standpoint, it made sense. I also knew that a vegan diet was a great way to reduce your carbon footprint. Studies suggest it’s one of the single most impactful things you can do for the environment as an individual – it can decrease your carbon footprint by 70%.

I had also started to learn more about many of the barbaric modern agricultural practices out there. As an animal lover and pet owner, this made me really sad. And super uncomfortable. Even more so when I realize that I was contributing to suffering by consuming non-meat animal products like dairy and eggs. I think on some level a lot of us, like myself, realize that the cognitive dissonance we tolerate while eating animal products is a bit crazy. I’d never be directly cruel to an animal… so how did it make sense I was eating them?

This is not to say I’ve stopped eating dairy overnight. I love cheese. This is a hard transition. But… I want to get there. So, after searching around the internet a bit, I found and signed up for a vegan challenge group called Challenge22+. Basically, for the month of August (or the majority of it, anyway), myself and others will be following a vegan diet, while exploring new foods through daily challenges, and sharing them on a private Facebook group. The Facebook group is AMAZING. There are mentors that answer questions, offer advice, and just generally are as supportive as can be. It’s also really heartening to see newbies like me starting out – we’re in it together and it makes it more fun!

Plus, it’s delicious. Check out this bad boy from Shouk, a completely plant-based, fast-casual spot in DC:

Obviously, new adventures ahead… I’ll keep you updated on how it’s going 🙂

I had what was probably the best doughnut I’ve ever had in my life the other day. It was vegan. No! Wait! I’m not crazy, hear me out…

I really love plants. I go through times where I don’t eat meat for awhile. In fact I haven’t had any since Christmas and I’m thinking about making the change more permanent.

But if you had told me a week ago that I’d have a savory “everything bagel” doughnut filled with cream cheese, and it would be the best doughnut I’ve ever had, and that it was VEGAN… well, I would have called you a dang liar. Actually, I would probably have said something slightly nicer than “liar”, but I would seriously have questiond your sanity.

My favorite juice/smoothie place, South Block, has been taunting the area with a sign saying “Vegan Doughnut Pop Up Coming Soon” for a few days. I was super curious, so when the day finally came, I tried one. Ok, actually, I tried two. Guys. They’re amazing.

B. Doughnut is a local doughnut shop with locations across the DC area. So far, they’re only offering vegan versions of their doughnuts at South Block locations – but I hope they’ll be expanding. Because… wow. Full disclosure: I’m not a sugar hound most days, so doughnuts aren’t my usual jam (unintentional jelly-filled joke). But, I do enjoy one occasionally, so I gave the coconut flavor a shot because I haven’t really run across anything coconut that I didn’t like. It was so good I tried the everything bagel one as well.

Not being a huge doughnut person it’s hard for me to describe/compare – but these things melt in your mouth. And the savory version especially, was out of this world. The dough + savory topping combination reminded me of langos, a Hungarian fried bread that I fell in love with in Budapest.

Sure, these aren’t the healthiest options for breakfast, but I don’t think it’s healthy to never indulge, either. Life’s too short not to have something fried every now and again 🙂 As an added bonus, I can treat myself to one of these without having to worry about the nasty consequences of having dairy (I love it, but it does not love me…).

The Clarendon South Block location assured me that they would be stocking them for the foreseeable future, so you can get your fix there if you want to give it a shot. The other Virginia South Block locations will be selling them as well, check with your location for more info!

I'm a curious person and I like learning random things. So here are a few field notes from outings, adventures with my dog, hikes, travels, books, hobbies, obsessions, lessons...